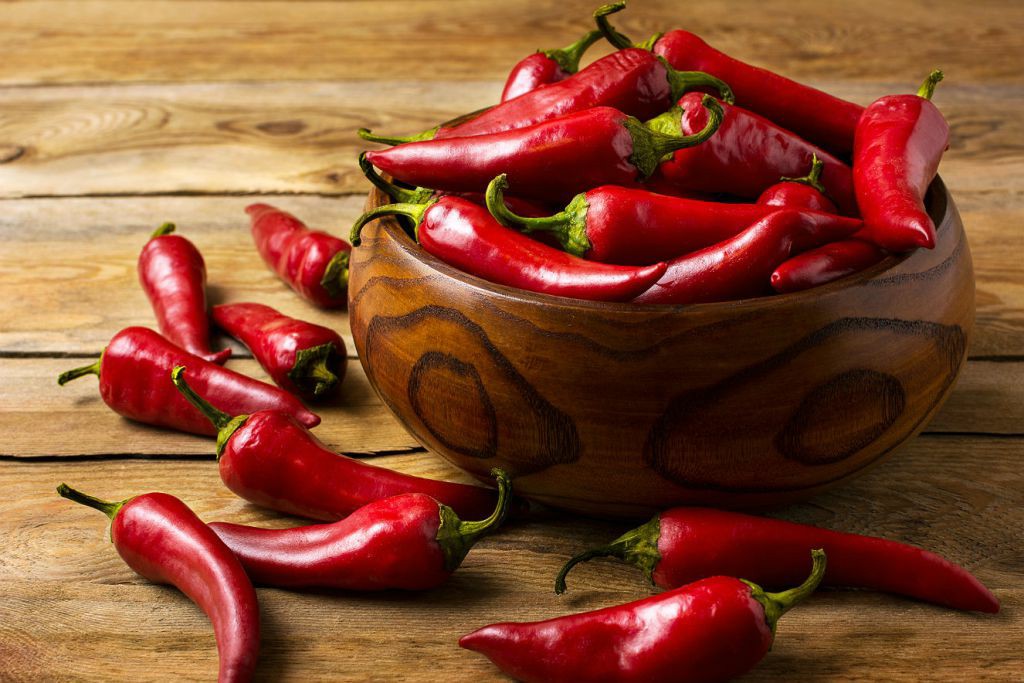 When you go to the market, do you pass by the chili peppers? Does their fiery reputation strike fear in your heart? If so, maybe you should reconsider. Chili peppers are more than just hot stuff, they’re one of the healthiest foods around.

Chili peppers come from the same plant family as their cooler-tasting cousin the bell pepper. Their scientific name is Capsicum annuum and they come in lots of colors, sizes, and levels of heat. Most of the time, chili peppers are dried, powdered, and used as spices. They can also be cut up and eaten as a vegetable. They’re mostly water, so it may seem odd that they create so much heat, but it’s the capsaicin content in the pepper, and it’s a main compound of the spicy vegetable

Vitamins and Minerals: Chili peppers are rich in various vitamins and minerals. However, since they are only eaten in small amounts, their contribution to the daily intake is very small.

They Help Proptec Your Heart: The capsaicin found in chili peppers has been found to cut triglyceride levels, as well as levels of bad cholesterol.It also helps to stop blood clots from forming. Areas of the world where a lot of chili peppers are eaten tend to have lower rates of heart disease than areas where they are rarely eaten.

Chili Peppers Fight Inflammation: It may sound funny that a hot food fights inflammation, but it’s true. The body’s inflammatory process is caused by something called Substance P, and capsaicin offsets its impact. That’s why they’re a good cure for headaches, arthritis, and psoriasis, as well as other inflammatory conditions.

Chili Peppers may Help Solve Intestinal Diseases: A study conducted at Duke University showed that capsaicin in peppers may provide relief of inflammatory bowel disease. It also kills the bacteria that has been linked to the formation of stomach ulcers.

Prevents Sinusitis and Relieves Congestion: Another health effect of the compound capsaicin is its ability to address nasal congestion by helping clear mucus from your nose. It has antibacterial properties as well, and can help fight chronic sinus infections.

Helps Reduce Insulin Levels: Another known benefit of eating chili peppers is how they help with blood sugar level management. A study published in the American Journal of Clinical Nutrition (AJCN) concluded that the regular consumption of chili may help reduce risk of hyperinsulinemia (high insulin levels in the blood).

Boosts Immunity: Chili peppers are rich in beta-carotene, which is converted to vitamin A in the body. This vitamin is essential for maintaining healthy mucous membranes to help protect the body from invading pathogens (microorganisms that cause disease). Chili is also rich in vitamin C, and this helps the body produce white blood cells that fight germs. 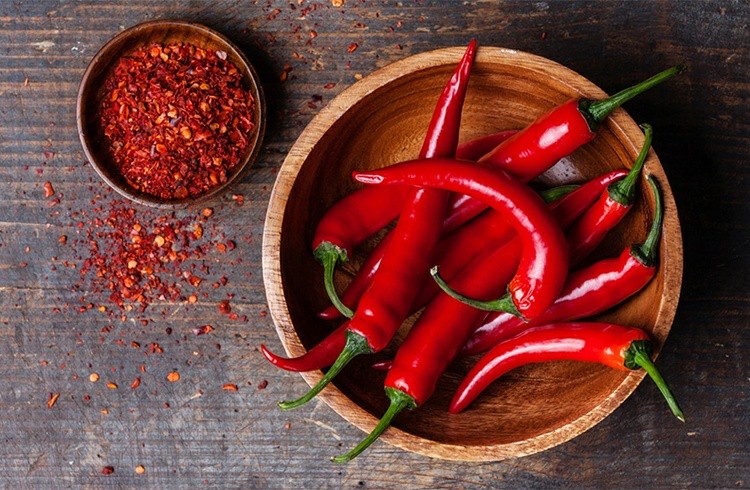 Chili Pepper can help improve cognitive functioning: The amount of iron in chili pepper leads to increased hemoglobin production and increases blood flow. Proper amounts of oxygen and iron in the brain lead to increased cognitive performance and a decreased risk of cognitive disorders like Alzheimer’s disease and dementia.

Chili Peppers Can Help you Lose Weight: All that heat that chili peppers create does more than light your tongue on fire. They also amp up the body’s ability to burn fat. They boost the metabolism by heating up your tissue. They also turn white fat into brown fat, the kind that burns calories faster. There are many kinds of chili peppers available, and you should try them all. Chop them up and toss them onto a salad, into a soup, or into your scrambled eggs.