Ginkgo Biloba is one of the most studied herbal remedies in the world. Ginkgo Biloba, also known as Maidenhair, has been traced back nearly 300 million years making it the oldest surviving tree species on earth! The Chinese have used the plant medicinally for eons but many of the modern applications come from the research of German scientists. Ginkgo is a prescription herb in Germany. 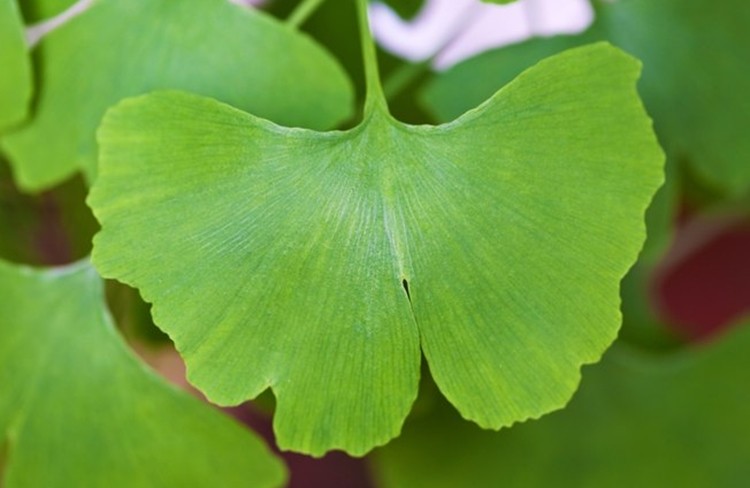 Ginkgo Biloba is typically made from the leaves of a very long living tree. This tall hardy tree is able to survive for a thousand years. Growing well over 100 feet in height, its short branches have fan shaped leaves but it also produces an inedible fruit. During the fall, the leaves change into bright colors and they are often planted these days to line urban streets.

Nutritional Value of Ginkgo Biloba: The leaves are very rich in flavonoids. Most importantly kaempferol glycoside, quercetin glycoside, the bitter ginkgolides A, B, C, J and M, and bilobalide. The herb also contains tannins, phenols, bilobol and few potentially harmful substances like ginkgotoxin (4-O-methoxypyridoxine) and ginkgolic acids. So, check out the 26 Proven Health Benefits of Ginkgo Biloba.

Benefits of Ginkgo Biloba for Blood Pressure: Ginkgo Biloba can help to reduce the blood pressure. This is because the extract help to cleans the blood and regulates the blood flow to the whole part of the body.

Benefits of Ginkgo Biloba for Prevent Hair Loss: Constant hair fall is scary! It could make you literally pull your hair to find that one hair product that can reduce this problem. But why opt for chemical compositions when you have a natural solution in the form of Ginkgo Biloba?

Seriously, the heartbreak that comes with the multiple loose strands attached to our comb can be avoided with the use of this potent herb. Ginkgo Biloba can siginificantly reduce hair thinning. It has proved to be beneficial for male baldness of various types too. Used in combination with other herbal oils, Ginkgo Biloba is a natural way to prevent hair problems.

Benefits of Ginkgo Biloba for Improve Cognitive Abilities: One of the most commonly praised side effects of Ginkgo Biloba extract (GBE) is its impact on cognition. Certain studies have demonstrated Ginkgo Biloba’s ability to increase memory and retention, boost focus, and stimulate creative thinking. The controversy, of course, stems from whether this is a placebo effect, since the medicinal benefits of this old plant are commonly known, but millions of people around the world turn to GBE for a brain boost.

Benefits of Ginkgo Biloba for Reduce PMS Symptoms: Ah, PMS! The condition which bases our behavior half the month. Bad mood—Blame the PMS! Anger—Blame the PMS! But relax, this devil can be calmed with the help of Ginkgo Biloba. No, I’m not kidding! Several types of research show that Ginkgo Biloba can effectively fight symptoms of Pre-menstrual Syndrome (PMS), such as mood swings, anxiety, and fatigue.

Benefits of Ginkgo Biloba for Prevent Dementia: Due to the capability in improve the memory, it helps elderly to prevent dementia. The vitamin B contained inside the extract help to maintain the nerve system. Hence, the brain is well stimulated and avoid memory loss.

Benefits of Ginkgo Biloba for Your Heart: Heart problems like high blood pressure, blockages, clotting of blood, etc. can be treated with the help of this plant. See how special our ginkgo is! Also, it balances all cardiac functions, reduces capillary fragility and protects the heart from various other problems.

Benefits of Ginkgo Biloba for Treat Respiratory Disorders: Bronchitis and asthma can be treated with Ginkgo Biloba. The biloba extract is found to be useful in the treatment of all these respiratory diseases because of its strong anti-inflammatory properties. It effectively lowers the inflammation in the respiratory system by increasing the antioxidant activities in the trachea and lungs. Ginkgo Biloba has also shown to have positive effects on the nerve functioning.

Benefits of Ginkgo Biloba for Improve Libido: Ginkgo Biloba is also used by those who have erectile dysfunction, lack of sexual desire and impotence. It enhances libido in both men and women.

This herb has positive effects on the hormones, in particular on the serotonin levels, making it an effective treatment for those experiencing an unsatisfactory performance in the bed. Ginkgo Biloba also has the potential to dilate blood vessels, thus improving blood flow to the genitals.

Benefits of Ginkgo Biloba for Treat Alzheimer’s: What the medical community can agree on is that Ginkgo Biloba can have a positive impact on people who are suffering from cognitive disorders, such as Alzheimer’s and dementia. There have been measurable improvements in cognitive ability and activity, primarily due to the antioxidant compounds in GBE, including terpenoids and flavonoids that stimulate neural activity and keep cognitive pathways fresh and clear of amyloid plaque. This is by far the most popular use of Ginkgo Biloba, as there is the most research to back up these very important claims. 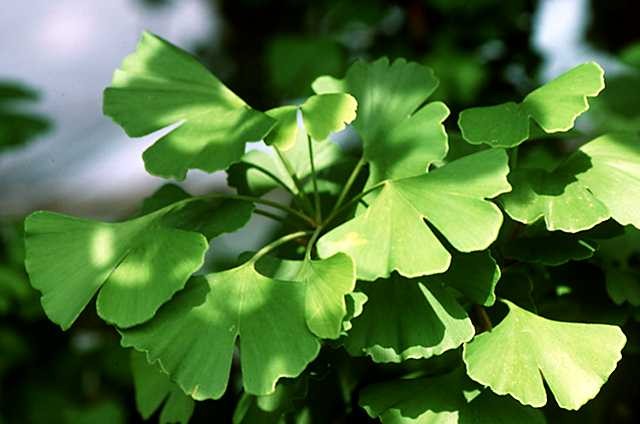 All these concentration boosting powers of Ginkgo Biloba comes with its strong anti-inflammatory properties that help battle free radical damages and oxidative stress in the system, and also improves oxygen supply to the brain.

Ginkgo Biloba is Anti-Oxidant: Due to the vitamin C contain, the extract is working well as an anti-oxidant. Hence, it is able to eliminate the free radical effect. This benefit mainly comes from the tea extract. Same as common benefit of many kinds of tea. In example is the health benefits of chai tea latte.

Benefits of Ginkgo Biloba for to Melt Anxiety: Many people suffer from anxiety, some even daily. However, ginkgo extract can help give you a sense of calm. It can stabilize mood, improve cognitive functioning, and can reduce anxiety symptoms in individuals with mental decline.

Benefits of Ginkgo Biloba for Heals Hemorrhoids: This herb is also beneficial for those experiencing painful hemorrhoids. A topical application of Ginkgo Biloba on the anus and rectum helps relieve the swelling, inflammation, bleeding, and the pain in the area.

Benefits of Ginkgo Biloba for Improves Vision Health: The second most common reason for using Ginkgo Biloba is its powerful effect on vision. Not only do the antioxidants in Ginkgo Biloba help to keep the ocular system clear of oxidative stress, thereby preventing macular degeneration and cataracts, but for people who suffer from glaucoma and other vision issues, GBE has actually been shown to improve vision and increase long-distance sight capacity.

Benefits of Ginkgo Biloba for Prevent Schizophrenia: The anti-depressant effect also a benefit to prevent schizophrenia. The calm effect reduces the paranoia feelings. Therefore, it brings a pleasant feeling.

Benefits of Ginkgo Biloba for Silence The Noise Of Tinnitus: Tinnitus is the medical term for what’s commonly called a “ringing in the ears.” People with this condition hear sounds – buzzing, hissing, humming, whistling – that don’t have an outside source.18 Affected people may have trouble sleeping, hearing, and even working. Standardized Ginkgo Biloba leaf extract is frequently prescribed for tinnitus and research seems to back its efficacy.

For example, a 13-month-long French study involving 103 patients found the extract to be quite effective at improving the condition. However, the exact mechanism through which it works is not yet clear.

Benefits of Ginkgo Biloba for Relieve Pain: There are mild analgesic qualities to Ginkgo Biloba, likely resulting from anti-inflammatory properties in the organic compounds. In other words, when inflammation decreases, so too does the pain it causes. This makes it a popular option for people recovering from injuries or wounds, as well as those who suffer from chronic headaches.

Ginkgo Biloba is Anti-cancer: As an anti-oxidant, it brings capability of anti-cancer. It breaks the nutrition to the cancer cell. Therefore, it prevents the growth of the cancer. Furthermore, it replaces the damage cell with a new one.

Benefits of Ginkgo Biloba for Avoid Macular Degeneration: Macular degeneration is usually seen in adults aged 60 or older. People with this condition experience loss of central vision due to damage to their macula. Research has found that having ginkgo can be helpful in treating this condition in the early stages. One study observed an improvement in long-distance visual acuity after treatment. Once again, experts suggest this could be due to the herb’s remarkable antioxidant effects.

Benefits of Ginkgo Biloba for Fight Fibromyalgia: When taken with CoQ10, Ginkgo Biloba is shown to be effective in the treatment of fibromyalgia. This disorder of the nervous system is accompanied by a severe muscle pain, fatigue, headaches, anxiety, insomnia, and depression. Now you know, what is Ginkgo Biloba used for and how good it is. Let;s look into its side effects.

Benefits of Ginkgo Biloba for Regulate Blood Flow: Research has definitively shown that Ginkgo Biloba extract is able to increase blood vessel dilation and stimulate blood flow to extremities in the body, including the skin and essential organs, properly oxygenating the entire body and boosting energy and strength. This increase in blood flow also helps people who suffer from claudication or poor circulation, allowing them to walk longer distances without pain. It is often taken by people who suffer from gout as well, benefitting from this anti-clotting effect and the anti-inflammatory properties. 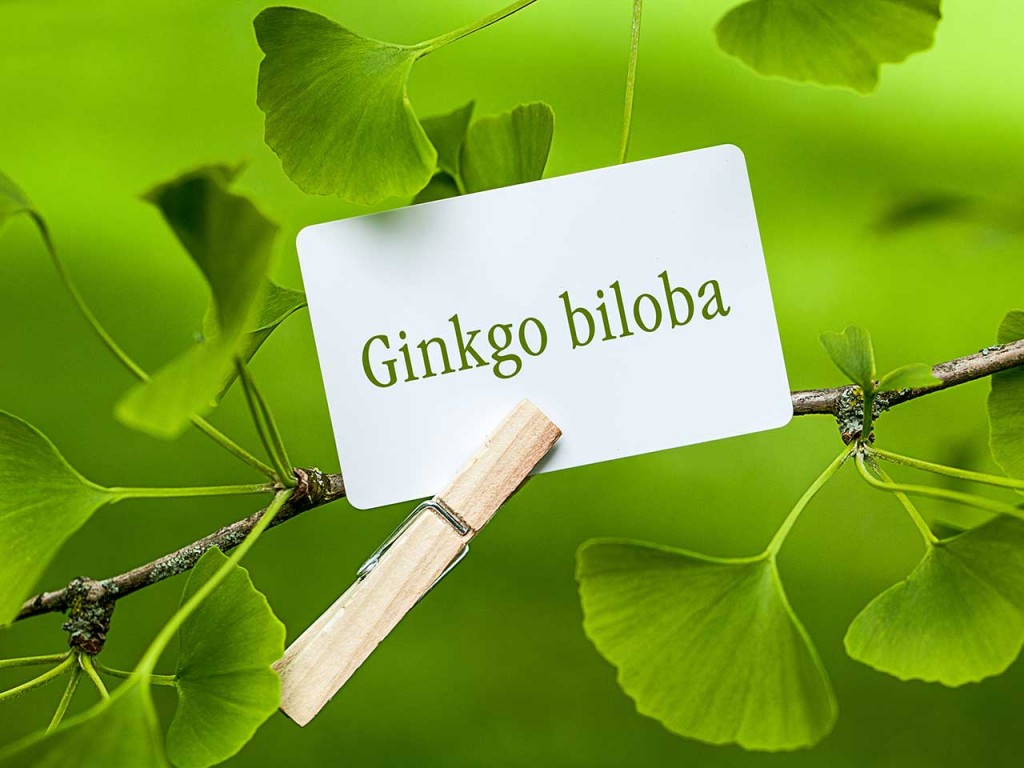 Benefits of Ginkgo Biloba for Improve Blood Circulation: As explained earlier, ginkgo enhances the absorption of oxygen and cleanses the blood. This also prevents the blood from becoming thick and reduces chances of blood clot formation. Apart from being super effective in the purification of blood, it also regulates the flow of blood to the organs and body parts.

Benefits of Ginkgo Biloba for Maintain Cholesterol: The extract can lower down the contain of LDL and triglyceride inside the blood. It is also able to increase the HDL level. Therefore, it maintains the cholesterol level inside the blood.

Benefits of Ginkgo Biloba for Restore Your Memory: Are you misplacing your keys a little too much? Is your memory starting to slip, even though you’re feeling otherwise healthy? Good news: ginkgo may not just be effective for those experiencing cognitive decline. One study found that when healthy middle-aged volunteers took a combination of a standardized extract of Ginkgo Biloba and a standardized extract of ginseng, they experienced an average improvement of 7.5 percent in memory, both working and long-term.

Vitamin B12 – What is it? Sources, What are the Benefits?