Omega-3 – What is it? What are the Nenefits? Omega-3 deficiency and Omega-3 rich foods you need to know. Omega-3 fatty acids are incredibly important. They can have all sorts of powerful health benefits for your body and brain. In fact, some nutrients have been studied as deeply as Omega-3 fatty acids. 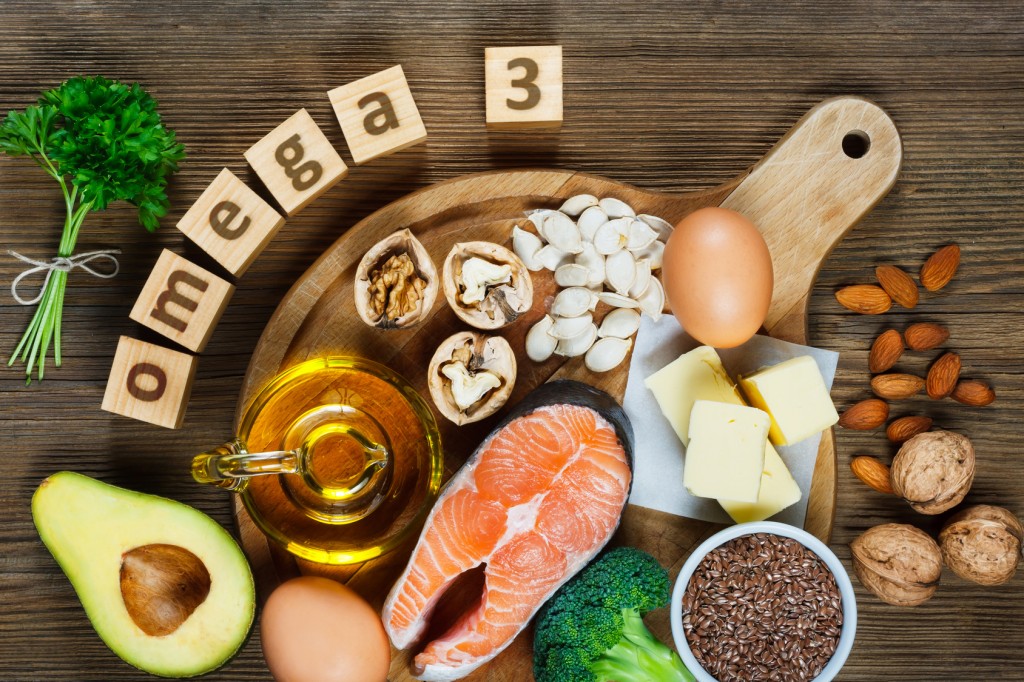 EPA and DHA are found in marine animals, especially fish that are the main source of omega-3, while alpha-linoleic acid is of vegetable origin, present in chia and flaxseed. 1 to 2% of ALA is converted to DHA or EPA. As only a small portion of this plant acid can transform into the body, the consumption of other fatty acids is very important.

What is Omega-3? Omega-3 is a type of polyunsaturated fat, very beneficial to the body. It is essential, that is, the body can not produce and should be obtained through diet or specialized supplements. Fats are important sources of energy, give flavor to foods and are prime for the absorption of fat-soluble vitamins (vitamin A, vitamin D, vitamin E and vitamin K) in the intestines and should not be excluded from the diet.

Omega-3 Rich Foods: Without a doubt, the best foods with omega-3 are fish. They address this list. Among them, we highlight the tuna, the salmon, the cod, the sardines, among others. It is noteworthy that cold water fish accumulate more monounsaturated and polyunsaturated fats due to the cold environment in which they live, which explains the higher omega-3 content in these species.

Below, a table with foods with higher amount of omega-3:

When Omega-3 is consumed in the right amount, it brings a variety of health benefits, see more about Omega-3 and learn what it is, sources and what are the benefits of Omega-3:

Benefits of Omega-3 to Accelerate Metabolism: Fats are highly caloric, but not all are the same from the point of view of health and balance. Unsaturated fats can actually stimulate fat burning, elevating metabolism and facilitating weight loss, which are therefore considerable benefits for omega-3.

In a study published in 2015 in the journal Scientific Reports, Japanese researchers found that rats that had been fed a diet containing fish oil showed not only less body fat but also less body weight.

Benefits of Omega-3 to Prevent Cancer: Polyunsaturated fatty acids may act to prevent some types of cancer, such as breast, prostate and bowel (colon) cancer.

Research indicates that the oil may even inhibit tumor metastasis in other tissues of the body, as in the case of breast cancer. omega-3 helps to reduce the activity of estrogens that favor the appearance of the breast tumor and its proliferation to other organs through the circulation.

Benefits of Omega-3 to Fight Inflammation: The properties of omega-3s in the fight against inflammation are not restricted to the heart system. Studies indicate that the fatty acid increases the concentration of prostaglandins of the PG3 class in the circulation.

These substances, which act as hormones, have an anti-inflammatory effect and can be effective in fighting inflammation of the joints (such as in rheumatoid arthritis), lupus, psoriasis and even Crohn’s disease, characterized by inflammation of the digestive tract.

Benefits of Omega-3 to Avoid Depression: Over the past two decades, several researchers have focused on a very important topic for the world’s population: how to prevent and treat depression naturally.

Although many studies still require further research, one pattern seems to be repeated around the world: people who consume more fish have lower rates of depression.

The relationship between cold water consumption and brain health can be explained by the performance of EPA and DHA. Both fatty acids help maintain stable levels of the neurotransmitter dopamine in the brain, stimulate neuronal growth in the frontal cortex and still improve blood flow in the region.

Benefits of Omega-3 for Cognitive Function: To function properly, our whole nervous system needs omega-3 – more specifically DHA. About 60% of the total brain weight is composed of fat, and of that total not less than 15-20% is DHA.

This means that 9 to 12% of the weight of our brain is due to the presence of docosahexaenoic acid, which, when deficient, can lead to loss of cognitive function or delay the neurological development of children.

We have in addition to doing well by heart, controlling cholesterol rates and helping to lose weight, there are benefits of omega-3 also to keep the brain functioning in order and eliminate the risk of degenerative diseases like Parkinson’s, multiple sclerosis and difficulty of learning and memorization.

In a study published in 2013 in the American Journal of Clinical Nutrition, researchers found that children ages 3 to 5 who received an omega-3 supplement improved their intelligence, learning, and vocabulary tests. Other research has shown a relationship between attention deficit hyperactivity disorder or ADHD and low levels of omega-3.

Children with ADHD tend to have a deficiency of omega-3 fatty acids in the brain, which led doctors to reiterate the need for the nutrient even in the early years of life

Benefits of Omega-3 to Protect the Heart: Numerous studies have shown that eating omega-3 foods regularly (at least two servings of fish per week) can be a good way to avoid heart problems.

Benefits of Omega-3 for blood pressure regulation: Omega-3 is able to prevent the formation of fat plaques in the wall of the arteries and ensure the flexibility of veins and arteries, excluding the risk of diseases such as hypertension, atherosclerosis, stroke and stroke.

A study by the Harvard School of Public Health in the United States found that high blood pressure represents 31% of the increased risk of heart disease and 65% of the risk of stroke. In addition, it fights against DEPRESSION.

People with depression have low levels of omega-3, which can cause a decrease in the number of functions of neurotransmitters and receptors. Intake of omega-3 improves the fluidity of the membranes that encapsulate nerve cells and increases the production of various neurotransmitters, such as serotonin, dopamine and noradrenaline, thereby improving mood and well-being.

Benefits of Omega-3 for Insulin Controls: This is one of the benefits of omega-3 that can be useful for both those who are looking at blood glucose levels and those who need to lose weight.

By adding an omega-3 source to the plate, you will be reducing the glycemic index of your meal, which, in turn, translates into lower release of insulin into the bloodstream. And less insulin means better glycemic control and a reduced risk of developing type 2 diabetes.

Signs of Deficiency of Omega-3: The deficiency of omega-3 fatty acids is officially one of the top 10 causes of death in America claiming the lives of up to 96,000 people per year. Of the 12 dietary, life and metabolic risk factors examined in the study, omega-3 fatty acid deficiency ranked the sixth largest killer of Americans. (1) These deaths are considered to be avoidable, since eating enough omega-3 fatty acids in your diet can prevent this now common cause of death, and fish oil benefits omega-3 intake as a potent source of omega-3. 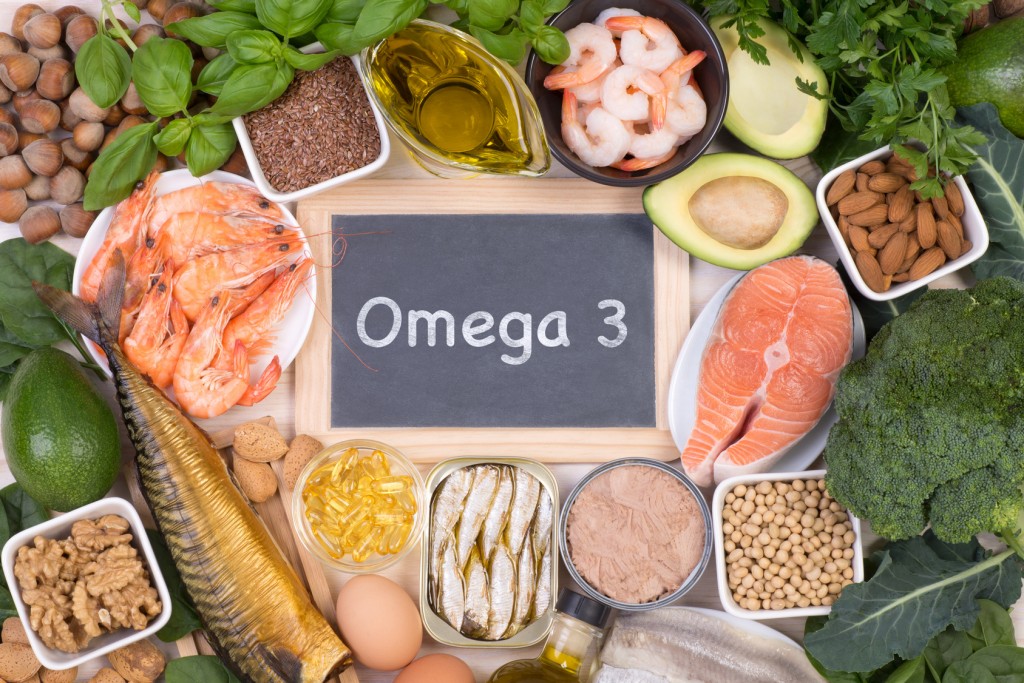 Omega-3 Contraindications: Omega-3 supplements should be consumed in moderation by people who have coagulation problems or who use anticoagulant medications because omega-3 can cause bleeding by reducing platelet aggregation.

Vitamin B12 – What is it? Sources, What are the Benefits?