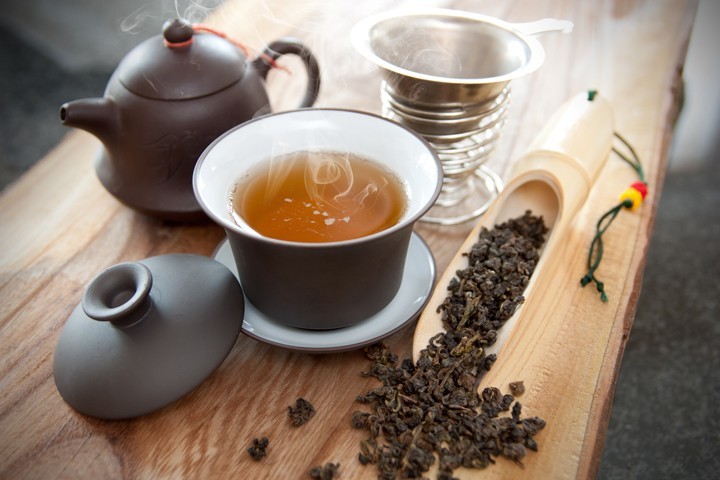 The differences between the various types of tea usually lie in the processing methods. Talking about oolong tea, it is partially fermented. Also, while green tea is not oxidized much and black tea is oxidized completely till it turns black, oolong tea is only partially oxidized which is responsible for the tea’s color and characteristic taste.

Oolong Tea Nutrition Facts: Oolong tea is rich in antioxidants. It contains various minerals like calcium, manganese, copper, carotene, selenium, potassium and vitamins A, B, C, E and K. In addition to these, it contains folic acid, niacin amide and other detoxifying alkaloids. Due to its semi-fermented nature, oolong tea contains numerous polyphenolic compounds which provide additional health benefits.

Benefits of Oolong Tea for Manages Weight: The polyphenolic compound found in oolong tea is very effective in controlling the metabolism of fat in the body and reducing obesity. It activates certain enzymes, thereby enhancing the functions of fat cells in the body and a daily consumption of this tea can reduce obesity.

In one study, mice that were given polyphenols in addition to a high-fat and high-sugar diet still showed a decline in overall body weight and fat index. Some earlier studies actually showed that the caffeine content was an active ingredient for weight loss, but it now appears to be mainly due to the polyphenols. Apparently, the active components in oolong tea make fat work for you.

Benefits of Oolong Tea for Removes Harmful Free Radicals: The polyphenolic compound in oolong tea is also responsible for the removal of free radicals in our body as it functions as an antioxidant. Therefore, consuming daily doses of oolong tea can help people against the potential harm that these free-moving cells often pose to the body, including cancer, atherosclerosis, stroke, rheumatoid arthritis, neurodegeneration, and diabetes.

Benefits of Oolong Tea for Controls Diabetes: Oolong tea is used as an herbal brew for treating type-2 diabetic disorders and as an addition to other supplementary drugs for treating the disease. It regulates the amount of blood sugar and insulin in the bloodstream, so the dangerous dips and spikes in blood sugar that can be disastrous for diabetics are reduced.

A 2003 study showed that when combined with regular hyperglycemic drugs, oolong tea further balanced the blood sugar levels and prevented sudden drops in almost all of the test subjects.

Benefits of Oolong Tea for Stabilizes Blood Sugar: When you have type 2 diabetes, your blood glucose levels are elevated. Studies have shown that those suffering from diabetes could benefit from drinking oolong which, in studies, has decreased blood glucose to a healthy level. The antioxidants in oolong, which comes from polyphenols, does wonders for metabolizing sugar.

Benefits of Oolong Tea for Prevents Tooth Decay: Both oolong and green tea protect teeth from acid produced by certain bacteria. The production of acid and the growth of bacteria are both inhibited by oolong tea, which means it is effective in preventing tooth decay and build-up plaque.

Benefits of Oolong Tea for Prevents Osteoporosis: Oolong can protect your bones and prevent osteoporosis. Those who consistently drink oolong tea are less likely to lose their bone mineral density, helping retain minerals from healthy foods consumed. It has been discovered that oolong contains magnesium and calcium in its leaves.

Benefits of Oolong Tea for Strengthens The Immune System: Known for its anti-cancer properties, oolong tea assists in maintaining a healthy immune system. The antioxidant flavonoids found in the tea prevent cellular damage. The production of anti-bacterial proteins is much higher in those who drink oolong tea, indicating a strong immune response when fighting infection.

Benefits of Oolong Tea for Prevents Cancer: It is a well-known fact that tea drinkers have a lower risk of getting skin cancer. Moreover, the polyphenolic compound in oolong tea promotes apoptosis in case of cancerous cell growth in the stomach.

This polyphenolic extract also acts as a chemo-preventive instrument against the development of other cancers as well. The compounds stifle the activation of carcinogenic cells, prevent the formation of N-nitroso compounds, and trap genotoxic agents before they can become effective. 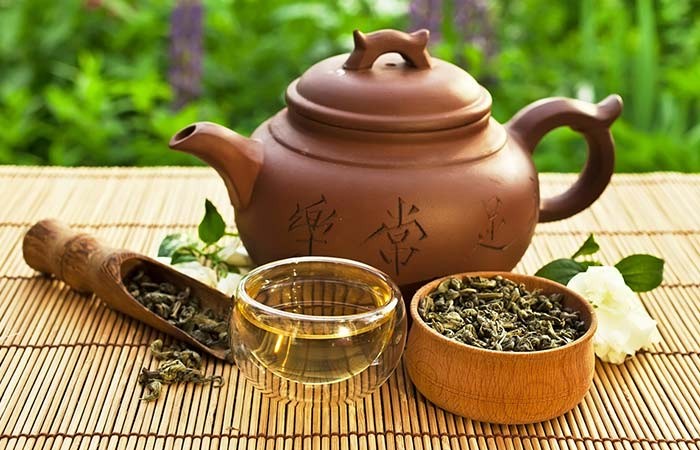 Benefits of Oolong Tea for Manages Stress: In a detailed study conducted at the Osaka Institute for Health Care Science in Japan, the experimental mice in which oolong tea was ingested, showed a remarkable improvement in the stress levels by 10 to 18 %. The natural polyphenols in oolong tea were cited as the main cause of it being a stress-buster.

Also, the L-theanine found in tea leaves is an amino acid that blocks L-glutamic acid to glutamate receptors in the brain. This normally causes cortical neuron excitement, which leads to an increased cognitive activity and neural stress responses.

Since this amino acid binds to those sites, excitation doesn’t occur, and stress decreases because you are able to keep your mind at rest.

Benefits of Oolong Tea for Increases Mental Alertness: This healing hot cuppa is known to revitalize your mental alertness and performance, naturally, because it contains caffeine. Be careful if you are sensitive to caffeine and limit your consumption to one lightly steeped cup a day, or indulge a few times a week.